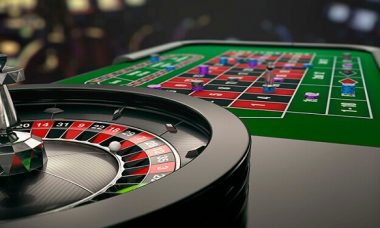 Although the Carling Cup isn’t the most prestigious of competitions, with the football odds suggesting that a Premier League side is bound to lift the trophy. But when a side from outside the top flight defeats one of the best teams in the country you expect it to receive some extra media coverage.

So tuning in to watch ITV’s highlights of the Qq Poker Carling Cup late last night I expected the first game to be Burnley’s shock victory over Chelsea. Instead 40 minutes of the hour long programme were given to Tottenham’s 4-2 victory over Liverpool.

Now while that was an entertaining game, any game with six goals in normally is, I was a little surprised to see that game on first. I got to the point of being very annoyed when after 40 minutes, which included two advert breaks, the match at Stamford Bridge was given a maximum of five minutes, including no replies of the two goals.

Now I can understand that the football odds made the Spurs against Liverpool match the more attractive tie but surely the bigger story was Burnley’s penalty victory. Television coverage is always looking for the most dramatic match with lots of incident.

Two goals, a red card and a hatful of chances followed by the most dramatic way to settle a football match, penalties, was apparently not enough. ITV gambled on Spurs v Liverpool and in a way lost.

Sat watching the show with another friend, both of us neutral’s when it came to the games at Stamford Bridge and White Hart Lane, came up with the same point that the BBC wouldn’t have gambled on just one game.

Match of the Day is consistently the best highlight show on television, with every game covered by an equal number of camera’s and with a commentator present. This works because they can give the most in-depth coverage to whatever game was the most dramatic that day.

ITV were extremely lazy last night with their failure to properly cover two out of the three matches. They seemed to have just one camera at Stamford Bridge and as such couldn’t provide the kind of coverage many of us have become us to when watching football. As I said no replays of the goals were given along with no interviews with the managers after the game, no interviews with the Burnley fans and no in-depth analysis of the match itself with the focus on Didier Drogba’s coin throwing incident instead.

All I and anyone can hope for is that ITV learn from their mistakes and take into consideration that there are other games taking place which people are just as interested in as any other match. I also hope that they never recover the right to show Premier League highlights and ruin my football viewing every week rather than the once a month they are doing now.…