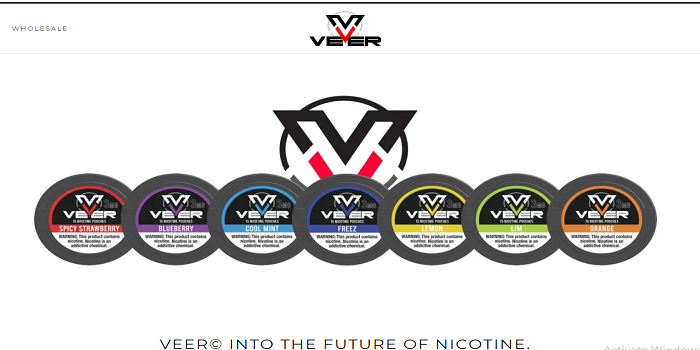 Today in Greece, which has the heaviest rate of smoking in the European Union, 55 people will die from smoking. Another 55 will die tomorrow, and, in the next year, smoking will kill 20,000, not including others forced to inhale cancer-causing discharges in taverns and bars, and in public buildings and work offices where it is allegedly forbidden, just like at the European Commission, which wants to ban smoking in public places except for its own buildings.

Who cares? Because while the US has for years had regulations designed to curtail smoking, and the European Commission and its health ministers want to limit smoking, in neither place is there a call for the only solution – banning cigarettes and tobacco products.

Why? Do the math. According to the BBC, the US tobacco industry is worth more than USD 45 billion annually, much of it going to the federal and state governments in taxes, funding critical programs – including the cost of caring for smokers as they linger in hospitals and hospices to die.

The US tobacco industry provides 50,000 manufacturing jobs and 136,000 farming jobs directly, and generates another 400,000 jobs indirectly, while the US Treasury is estimated to have taken in USD 118 billion in tobacco taxes in the past 10 years, the BBC said, and makes seven times more money from the sale of a pack of cigarette than does the manufacturer.

In Hungary, where, like other Central European countries, smoking is popular and glamourised, nearly 1.19 billion Euro a year is spent on cigarettes. In many countries in Europe, up to 80 percent of the price of a pack of cigarettes goes to the taxman, and the United Kingdom’s tobacco industry generated more than 14.8 billion Euro annually – 10 years ago.

And, as smokers in the US and western Europe increasingly kick the habit, Big Tobacco, running out of another generation of smokers it has killed off – mostly the poor and uneducated – has turned toward developing nations for the next victims. Within 20 years, the World Health Organisation (WHO) estimates 85 percent of the smokers will come from the world’s poorer countries.

In the meantime, there’s still plenty of time to kill off Americans and Europeans, especially young women who are picking up more cigarettes all the time. If tobacco and nicotine were food additives killing five million people a year, there would be riots demanding a ban. But tobacco is government-sponsored, subsidised, legalised drug dealing, so there will be no prohibition.

The WHO, just ahead of “World No Tobacco Day,” which is a fantasy right up there with “World Peace Day,” blasted the tobacco industry for “spreading untruths,” (that means lies) about smoking in public places in an attempt to slow down calls for no-smoking regulations. That’s the same industry that said smoking doesn’t cause cancer.

French singer-songwriter Renaud, who had been hooked on cigarettes, received a WHO award for his zealous crusade against tobacco, declaring, “It’s a criminal industry.” Yes, and lucrative too.

A European Parliament report last year found smoke from cigarettes contains more than 4,000 chemicals, including hazardous wastes, 50 cancer-causing chemicals and more than 100 chemical poisons. But if the US and EU could derive more revenues from it they’d recommend people spread it on their cereal for breakfast.

There may be some hope that people and anti-tobacco groups will succeed in doing what government won’t. Cigarette and Zyn pouchesuse is dropping in the US and three years ago Ireland introduced a ban on smoking in public places, followed by Norway, Italy, Malta, Sweden, Scotland, Latvia and Lithuania. Smoking among German schoolchildren has fallen to its lowest level in nearly 30 years.

But the United States and the European Union remain the fourth and fifth largest tobacco producers in the world and the crop brings in more revenue for farmers and governments than any other, and that is more important than all the deaths and all the hospital costs and all the victims.

As Shigeru Omi of the WHO’s Pacific office put it: “We all know that smoking kills.” And that will be the epitaph of the governments who let it happen.

WHO warns the hookah may pose same risk as cigarettes

Water-pipe smoking may pose the same health risks as cigarettes, the World Health Organization said Tuesday, adding that more scientific research was needed into the link between hookah use and a number of fatal illnesses.

“Using a water pipe to smoke tobacco is not a safe alternative to cigarette smoking,” the U.N. health agency said in a seven-page document on the practice. “Contrary to ancient lore and popular belief, the smoke that emerges from a water pipe contains numerous toxicants known to cause lung cancer, heart disease and other diseases.”

The WHO “advisory note” warned that using water pipes to consume shisha _ a mixture of tobacco, molasses and fruit flavors _ usually exposes a person to more smoke over a longer period of time than do cigarettes. Preliminary research indicates that hookah smoking poses many of the same dangers as cigarettes and may involve “some unique health risks,” the agency said.

A hookah is a bowl connected to a vase of water with a long tube and mouthpiece. The tobacco sits inside the bowl with a layer of foil and a hot coal on top. The shisha is never lit, instead heated by the charcoal, which smokers say produces a vapor different from smoke.

The hookah, used for centuries in North Africa, the Middle East and Central and South Asia, has become increasingly popular in the United States, Europe and Brazil, particularly among college students and young adults.

WHO says the trend is partly due to “unfounded assumptions” of its safety, and misleading commercial marketing.

The agency said a person can inhale more than 100 times more smoke in a hookah session than in a single cigarette. By delivering nicotine, the water pipe can cause addiction.

“None of the accessories have been demonstrated to reduce smokers’ exposure to toxins or risk of tobacco-related disease and death,” WHO said.